Is Professional Sport In Australia Spoiling Our Kids? 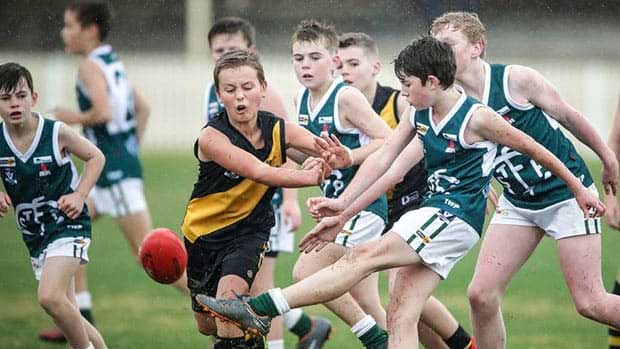 Each year around late November, it is time for the Australian Football League (AFL) player draft. A great majority of players are recruited by clubs fresh out of school.

The draft provides great theatre. It provides great excitement for some and disappointment for the ones that miss out. Some will get their chance in the rookie draft and player drafts in following years,  so all is not lost. But is it a bad thing?

The above example cites AFL, but there are other sports (e.g. rugby codes, cricket and football) where players are recruited directly from school or even whilst they are still at school. My question is, do these recruits get a feel for the ‘real world’?

By that I mean where people work for a living. Working long hours, providing for themselves, and in some cases, for their families. Working in jobs from all different vocations, with many taken out of their home environments.

Clubs provide welfare officers, have support mechanisms in place, and offer study options for players. Some clubs make it compulsory for all players to participate in doing something outside of their sport. But then again you can’t make a horse drink the water!

Are players recruited too young? Should they serve a one- or two-year ‘apprenticeship,’ playing their sport in a state league competition—a semi-professional environment where they train two or three nights a week and during the day they either have to be studying full-time or working full-time in a so called ‘real’ job?

I ask because some players don’t make it, and after two or three years, they leave the professional sporting ranks and must fend for themselves to find a job or pursue study.  Some have an unrealistic expectation that they should be given a job which pays six figures when they have no qualifications!

And then what if they do forge a 10-year-plus career in their chosen sport and then have to enter the real world? There are only so many coaching and media roles available. At least the U.S. has its college system where most recruits graduate with a degree, but we are talking about a multibillion-dollar college sports industry.

Back in the good old days where elite level sport was semi-professional (I’m showing my age), players would train after work, play their game on the weekend and get up at 6am on a Monday morning to kick off their working week. The aches and pains of previous games didn’t come into the equation—their full-time job or tertiary studies did!