Fan Engagement is a Top Priority for Clubs/Teams 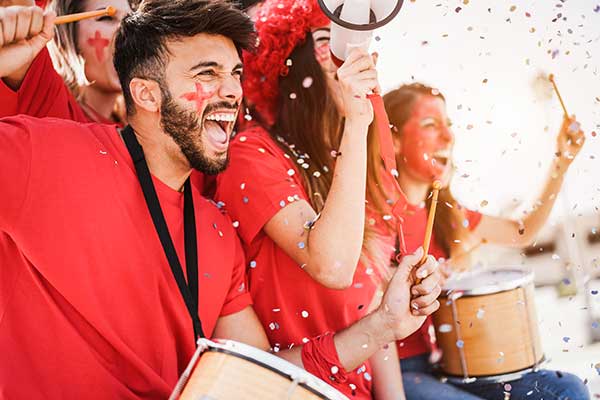 Fan engagement has always been important for Clubs/Teams (for simplicity we will refer to them as Teams) of all standings and grades. Whether it is a Team in the lower leagues, a Team playing in an elite league or an International Team competing in various world tournaments, they all have that one commonality – the loyal fan.

Communications are aplenty and consistent as fans are provided with news, updates, offerings, live games on devices. The list goes on.

Having fan engagement as part of their strategic plan is important.

Teams are competing for share of wallet in the mass entertainment market. People have so many choices nowadays. They can go to watch their favourite Team, or choose to go to the movies, or go to the beach, play computer games – you get the gist. Teams therefore have to work smarter and harder and on occasions be innovative in order to win over the fan and retain them. 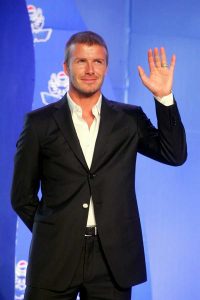 People have so many ways with which they can watch and follow their Team.  Games can be live streamed to their mobile device e.g. their smart phone or Ipad or Android – whatever. Live streaming brings in advertising dollars that helps boost the organisation’s bank balance as well as that of the respective sport.

From this, Teams can build on their sponsorship, membership, merchandising and licencing, and gate receipt revenues.  It all adds up.

Some Teams sign marquee players for big bucks. However, those players actually bring in bigger dollars to their organisation – through the gate, sales of jerseys, attracting new sponsors, media, attracting new fans. The list goes on.

David Beckham signed a five year contract for LA Galaxy in 2007 at the age of 32. The contract was worth $US6.5M per season (The Beckham Experiment, Grant Wahl, Three Rivers Press, New York, 2010 paperback edition, p.42). Some people perceived that to be too much.  But based on signing Beckham, it put LA Galaxy amongst the world football elite. Media became greatly interested in the Team, new sponsors came on board, LA Galaxy playing shirts with Beckham’s name and No. 23 on the back were being sold so fast that demand couldn’t be met, home game gate receipts went through the roof, promoters from all over the world were inviting LA Galaxy to play in their respective countries, even the owners of LA Galaxy saw an immdediate increase in their business!

Sport creates heroes, great stories and from their great revenues through fan engagement. 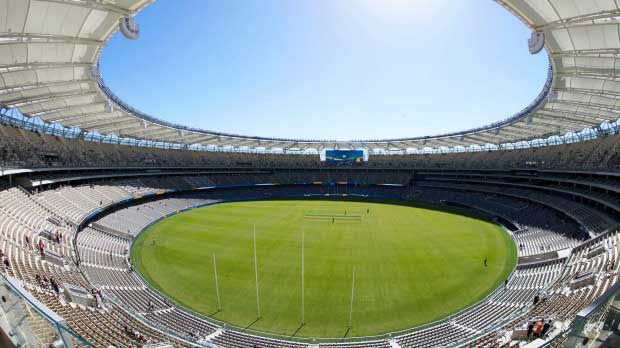 Through attracting high number of fans through their fan engagement strategies and initiatives, some Teams are able to have improvements made to their stadium or even have a new one built! Stadiums with modern offerings help with the overall fan experience. And they then tell their friends – word of mouth a great and cheap form of marketing. 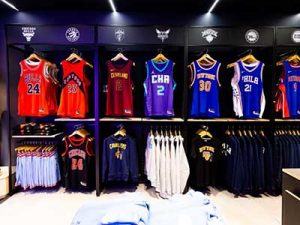 As mentioned earlier, sports Teams are competing for share of wallet in the mass entertainment market. A key with fan engagement is the whole game day experience. From leaving the front door travelling to the stadium, pre game activities, the game itself, activities and innovations during the game, the after game activities such as autographs/photos, merchandise offerings, to the trip back home. Everything needs to work, whether someone is sitting on the hill or the bleaches to the person that’s sitting in the luxurious corporate box – a great game day experience is critical. Many sporting Teams around the world understand this. An example are the sporting Teams in the USA that participate in the various sports leagues. I have been fortunate to attend games in various sports including the National Basketball Association (NBA), the National Football League (NFL), the National Hockey League (NHL) and Major League Baseball (MLB).

As an example, the NFL has great stadiums with plenty of parking or great public transport access. The traditional pre-game tail gate party is a great event in itself. During the actual NFL game there are many stoppages, but fans are kept entertained by various off field activities including product giveaways.  During breaks in an NHL game there is the indoor blimp that ‘spits’ out bits of paper with product offerings written on them.  You even can have your pre-ordered merchandise delivered to your seat on game day!

Some Australian Football League (AFL) Clubs have now over 100,000 members. Not all of the members attend games as the stadia are not big enough plus some members live far away.  But, these numbers have taken a lot of hard work to achieve by all people involved in the Club – both on and off the field. And memberships continue to grow in the relatively new Australian Football League Women’s (AFLW) and provide the fan with a great experience.

Tribalism is a key. It is a generational thing among families. In some cases they have no choice – the matriarch or patriarch of the family sets the record straight. “You support my Team or you find somewhere else to live”!!!

Teams need to think long-term. The AFL are doing this with their two youngest franchises i.e. Gold Coast Suns and GWS Giants. In 2021 GWS had 30,185 members and Gold Coast Suns had 19,460 – a Club record. These numbers are perceived low (second last and last respectively in the AFL membership ladder), but they are significant in that these two Clubs have not been in the AFL for long (Gold Coast Suns since 2010 and GWS Giants 2011) and that they are based in ‘non traditional’ AFL markets. But they continue to grow each year and are a long-term investment by the AFL. Most importantly their community engagement is top class. GWS is a regular in the finals and played in the 2020 grand final. OK granted both Clubs were given significant player draft choices for their respective debut seasons, but over the years have lost talent due mainly to salary cap constraints.

The National Rugby League (NRL) see membership as a key revenue driver, and as a part of the holistic engagement tool. NRL Teams are a late starter in terms of memberships, but they continue to grow year after year.

The newly formed Australian Professional Leagues Men’s and Women’s Soccer) – in its inaugural year as a standalone organisation is creating and implementing some fantastic innovations, with the fan at top of mind.

To conclude, if you are making key and significant decisions always have in mind what your organisation’s vision is and think long-term. Significant results will happen.