No Strangers To Innovation 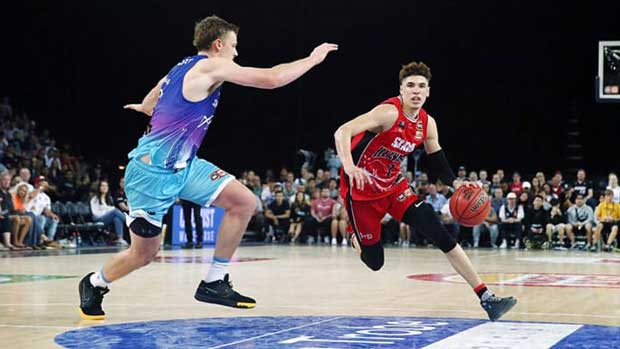 Since the National Basketball League (NBL) relaunched in 2015, it has grown enormously and is now a league that has established itself as an innovator not only in Australia but also overseas as well.

Going to an NBL game is an event that now appeals to the masses. The excitement that is generated on the court, plus the activities engaging fans on and off the court, has seen crowds and TV ratings grow steadily. People love the experience, and that has put the NBL right up there competing with established leagues in Australia such as the NRL and AFL. Corporates are taking notice.

Typical of NBL’s innovations is its Next Stars Program. This new player development program is essentially used as a platform to fast track overseas players to the NBA.  This has generated great interest in the NBL in overseas markets. Now NBL games are being televised on ESPN in the United States as well as free to TV via SBS in Australia.

Having games on ESPN has created a fan base for NBL Clubs in the Unites States—there are now many Americans who have a team in the NBL which they follow. My friend and business consultant guru Steve Lichtman from New York, a tragic New York Knicks fan, is now a supporter of the Illawarra Hawks!

NBL matches are also being streamed live on Facebook and Twitch. Viewers are in their millions, and the NBL has been able to increase current revenues as well as create new ones.

Current Illawarra Hawks and Next Stars Program contracted player LaMelo Ball is a player that many experts are talking about as a top NBA draft prospect, and his popularity off the court indicates that he is a great marketable player for the sport. He has over four million followers on Instagram.

Think about the branding exposure the NBL receives from this, not to mention the Illawarra Hawks. The exposure and experience players like LaMelo are now getting in the NBL is a win-win for both the player and the NBL.

Sydney Kings’ player and New Orleans Pelicans’ draftee Didi Louzada’s presence in the NBL generates exposure for the NBL in the U.S. and his native Brazil. American players RJ Hampton (New Zealand Breakers) and Terry Armstrong (South East Melbourne Phoenix) are also benefiting from the Next Stars Program. And don’t forget the youngsters who look up to these players! They want to be like their heroes, and that leads to increase in participation.

The NBL and innovation are fast becoming synonymous with one another. Other sports and leagues are taking notice, so why don’t you?